AFRICA _ The inferior by choice II 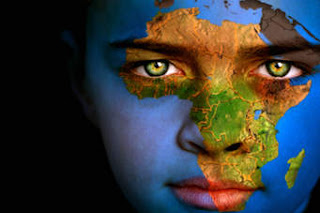 I wrote an article in the early days of starting this blog about Africa being the inferior by choice (which got wide acceptance) stating some prehistoric events and pre-civilisation events that occurred in Africa and still wondering how we ended up at the bottom of the pack in the ranking of civilisation, well i am back with a sequel of that and this particular article i am writing is on the back of my visit to several west African countries and stories told me by my friend about a couple of east African countries.
Africans are treated as criminals all over the world, even Asians think Africans stink, Asians for the love of God. when a black man commits a crime, he is labelled a native of his country in Africa but if a black man does good his country of residence claims him as one of their own this is partly caused by the fact that our African leaders have made live unbearable for the growing youthful population who wanna work and be employed but find job hunting harder than any other thing they have ever experienced.

In my country Nigeria, we find it hard to get admitted into federal universities and when we finally do, the lecturers treat us as if we caused all the problems in the country ensuring that we don't feel the urge to take education serious. Meanwhile, the companies in the country keep enriching school dropouts with events that promote sexuality of fraud and we still claim education is the key. i just wonder 'key to what door'.
We was watching a scene on national geography and we saw a white woman in one part of Africa keeping puppy lions, she was getting all the support she needed from all angles (community heads, wildlife community, etc) and she was doing fine, so a question popped up within us 'if she was black and in the same African country would she get all the support she needed or would she be labelled a fraud who has no future'?
We went on a voyage to some West African countries (Benin Republique, Togo, Ghana and Ivory Coast) and on our way we heard various awful things about Nigeria from our fellow west African countries. most stand out comment was at the Ghanaian border where the immigration officer collected our passport, read it and took a deep sigh before he let out NIGERIANS. We had to ask him what as wrong with being Nigerian and he said all the crimes committed in Ghana were done by Nigerians (yeah i know how stupid it sounds) we reacted immediately asking him if he could verify such statement as we all know the history of the famous GhanaMustGo bag in Nigeria, he was all about our fellow Nigerians spoiling our image there. Even Togo think they are better than Nigerians (a country not as big as Lagos Island)and they treat us with disdane but we all clamour for equal right when the white man treats a black with a little bit of hate. we are the real RACISTs because we brew hatred for each other always in our heart.
Kenyans think west Africans are noisy just because we greet everyone we see on our way or in a public transport, saying why don't we just mind our business and everybody lives in peace, that Africans hating on Africans attitude of cutesy, which amazes me as to why we get angry when a white man does not greet or no respond to our greeting , we quickly come to the social media to vent our racism card which by the way is getting old if u ask me. playing the victim does not work no more.
If the roles where switched, people of could would have been more racist than what we have now with Africans leading the pack. a northern African man in 2018 buys and sells his fellow black Africans as slave in Libya and Morocco for measly pennies but we vent when the Americans and Europeans say the word NIGGA
The chunk of the blame goes to our leaders who have basically made life miserable for youths in Africa making us wanna travel out desperately looking for greener pasture thereby becoming second class citizens automatically which makes us inferior to the white man we run to for aid. At the border, African immigration officers interview you more than the country you are actually about to enter just so they can extort you of money claiming that is what everyone pays here (Togo and Ghana Borders).
What am trying to say is we would have been first class citizens in our continent, in our own countries and made life good for our future but we (powered by greed) have ruined our present and future leading ourselves into foreign debts and inferiority of living in strange country scared of being deported at the slightest provocation and these ungrateful country thrive on the hardwork of these immigrants but yet threaten deport at slight instances.
Make Africa great and watch us grow back up, stop with the blame game and telling people of other countries that they commit all the crime in your country, close your borders totally (in and out)if you are so scared like other middle eastern countries (Omar for example) lets see how you develop as an island. Provide a conducive working environment and see our youths return home where they belong and are loved.